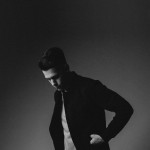 There has been huge anticipation over the signing off rising star DJ/Producer/Artist NEVADA, who recently penned a lucrative worldwide exclusive recording contract with music guru and President of Capitol Records, Nick Rafael and A&R sensation Jo Charrington. NEVADA currently has a huge record out, a re-recording of the 1996 Mark Morrison hit record “Return Of The Mack” now called “The Mack” featuring US rap star Fetty Wap. In the first months the record has already amassed over 11 million Spotify Streams and is teeing up to be a Christmas hit once again on the 20th anniversary of the records first release. The record came about when Dani Stephenson suggested to remix the song for an official NEVADA release, he then co-licensed the master to Nick Rafael via Straight Forward Music and the rest they say is history.