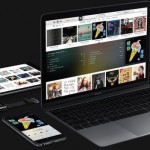 It was in 2003 that Steve Jobs sweet talked the music labels into signing up to the iTunes Store, kickstarting the industry’s digital revolution while beginning the transformation of Apple into far more than a computer firm.  But in recent years it has looked on while others, notably Spotify, took digital music in a new direction.  Now it is catching up, but as the new Music service was finally unveiled at the end of an epic keynote not everyone was convinced.  Jimmy Iovine appeared to echo Steve Jobs launching the iPhone when he said Apple Music combined three things in one – the first global 24/7 radio station, a new platform for artists to talk to fans and a streaming service.  But it all felt a little too complicated compared to Spotify’s offering, and there was muttering on social media about a muddled message.

“Oh ok,” said Spotify chief executive Daniel Ek in a quickly deleted tweet, the equivalent of a teenagers’ “whatever”. Then again, the Swedish company has so far convinced only 15 million of the world’s music fans to become paying subscribers.  Apple has 800 million iTunes users and their credit card details to aim at, so it should be able to grab the number one slot in the streaming chart without breaking sweat.  Elsewhere many of the announcements, from multitasking on iPads to public transport directions on Maps, will be derided by Google and Windows users as more examples of Apple coming late to the party.  Then there was the News app, sucking in content from various sources and displaying it as an integrated magazine – just like Flipboard has been doing for the last five years.  But Tim Cook and his team won’t worry too much about being called out as copycats.  The iPod was not the first MP3 player, the iPhone was not the first smartphone and Bill Gates showed off a tablet PC nearly a decade before the iPad.  But in every case, it was Apple’s mastery of design and understanding of what consumers really wanted that won the day.